From where we stand, we have a superb view of Vilar Hillfort. A village founded in the 1st century A.C., as part of the territorial reorganisation undertaken to utilise the auriferous resources of the region.

This spectacular site stands at the highest spot of a wide slate spur, surrounded by a well-defined meander of the Lor river. Because of its extremely steep slopes, the site is virtually impenetrable around its entire perimeter, except for the south. On that side, the spur blends in with the hill, and access to the fortification becomes easy. With the aim of strengthening the defence at the southern end, a robust defensive system was built up consisting of four ditches, followed by their respective counterscarps/ramparts, and reinforcing their defence with at least three towers. This defensive system could have been preceded, as with other fortifications in the region, by a wide area of chevaux-de-frise, i.e., slates laid edgewise in the ground and virtually stuck to one another, which would act as if they were knifes, making it extremely difficult to pass through. At the northern end, although the spur slopes are steep enough, there is also a ditch with its respective rampart.

The site irregular topography, with natural rock projecting and receding back into the spur slopes, would significantly limit the inhabitable area of the hillfort. To correct that, several levels of ramparts were erected that, as terraces, support the infill material used to level up and expand the inhabitable area. This rampart, erected for constructive purposes, would of course serve defensive purposes as well. 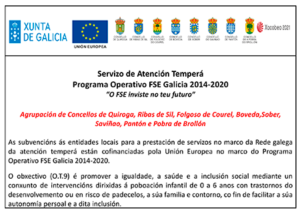